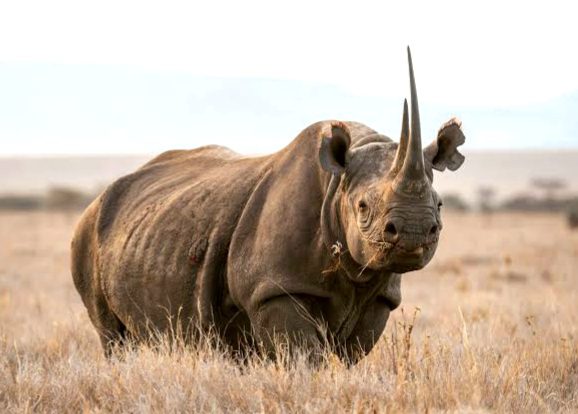 A Kenya safari adventure is one of the best ways to view wild animals in their natural habitat which includes wildlife reserves, conservancies and national parks. The Big Five are the most sought after animals by most visitors seeking to discover the african wildlife. Among the big five is the critically-endangered black rhino. Kenya has one of the best places to spot the black rhino thanks to her effective conservation efforts being undertaken to protect this animals. Due to their low numbers, it is normally not easy to spot them roaming freely in their natural habitat and infact sighting one is considered a lucky moment.
Black rhino population had in the past reduced due to poaching and loss of habitat. But recently following successful conservation efforts, the numbers have gradually increased and by now we have approximately 890 eastern black rhinos who are native to East Africa.

Do you know the difference between the black rhino and the white rhino?

Black rhinos are mainly browsers and they are known to carry their heads high. The mouth has a triangular, hooked upper lip evolved for stripping leaves and thorns off bushes and low-growing trees. The white rhino with its characteristic square upper lip, is a grass grazer, and the neck is longer, and the head bigger, pitched downward toe square upper lipwards the ground.
Below are the most likely and best places to spot the black rhinos in Kenya.

Nairobi National Park
The best place to spot black rhinos in Kenya is in Nairobi National Park, on the south-western outskirts of Kenya’s capital. The park is home to 60 of these highly endangered black rhinos as well as 11 southern white rhinos translocated here for protection amid the disturbing poaching menace. Its success in both protecting and breeding black rhinos has earned the park the epithet Kifaru (Rhino) Ark. Nairobi National Park is the place you’ll easily enjoy the sight of the rhinos across the savannah with Nairobi’s skyscrapers in the background.

Solio Ranch
Solio Ranch is a private wildlife sanctuary located in the valley between the slopes of Mount Kenya and the Aberdare ranges. The Ranch is known for its rhino conservation efforts and is internationally recognised as the most successful private rhino breeding reserve in Kenya. The reserve was created in 1970 as a black rhino breeding center by a nature lover, Courtland Parfet.
Solio ranch is home to more than 250 white rhinos and about 80 black rhinos live here. Solio has 22% of all the rhinos in Kenya and probably the highest density of rhinos per square kilometer in the whole of wild Africa. In addition, there is a diversity of species that results from the different habitats in the park. Open steppes, bush savannahs, acacia forests and swamps is home to lions, buffalo herds, waterbuck, giraffes, impala herds and a unique bird life. It is normally exciting to see groups of rhinos in the open plains from a distance, thus making it one of the best places to spot the black rhinos in Kenya.

Lake Nakuru National Park
Lake Nakuru National Park is Located 180km North West of Nairobi and covers a total area of 188km2, 40km2 of which are covered by the popular lake Nakuru and the rest of the land being savannah woodlands and busy grasslands.
One of the iconic parks of Kenya’s Great Rift Valley, Lake Nakuru is reliable for spotting the black and white rhinos. Lake Nakuru National Park was chosen as the first Rhino sanctuary because it was already a bird sanctuary and it had the needed land for the rhinos to be relocated at the time. Also because rhinos need water every day, the presence of the lake made it advantageous for rhinos to make their life in the park easier. The vegetation in the park is also suitable for both the white and black rhinos, so Lake Nakuru is the perfect place for the rhino sanctuary.
The Lake Nakuru National Park is also home to large buffalo herds, waterbucks, hippos and a wide variety of gazelle species. The “yellow” fever acacia forest on the riverbank, together with the taller trees, offers shade and the ideal hunting ground for leopards. The park is home to over 400 bird species

Meru National Park
Meru National Park is located in central Kenya 350 km northeast of Nairobi. It sits north-east of Mount Kenya. The park encompasses an area of 870 sq km. The park, with its unspoiled nature and lush vegetation, is perfect for the seasoned traveller, who has already visited the more well-known parks of Kenya and is looking for an undisturbed nature experience.
The park provides visitors with a variety of nature encounters including jungle, grasslands, swamps, rivers, and landscape with an abundance of termite created mounds. The Kenyan Wildlife Services describes Meru as “Complete Wilderness.” The elevation varies across the park with the lowest spot occurring in the southeastern part of the park along the Tana River. The foothills of the Nyambeni Range account for the highest point at 1,036 m.
Meru National Park has a heavily guarded, 48 sq km Rhino Sanctuary that has been restocked with rhinos from Lake Nakuru. With around 25 black rhinos and 55 white rhinos, it’s once again a perfect place to see black rhinos in Kenya.

Ruma National Park
The 120sq km Ruma National Park is close to the shores of Africa’s largest inland lake, Lake Victoria. It is situated in Lambwe Valley in South Nyanza, 425km from Nairobi, 140km from Kisumu, 10km east of Lake Victoria and south west of Homa Bay. It lies on the flat floor of the Lambwe valley, bordered by the Kanyamwa escarpment to the south-east, Gwassi hills, Sumba Hill and Ruri Hils to the north.
The park is the only outstanding place in Kenya where you can see beautiful rare roan antelopes. Other species include buffaloes, Johor reedbuck, black rhino, Jackson’s hartebeest, Burchell’s Zebra can be spotted. If you’re lucky you can also sight a leopard and spotted hyenas.
Within its borders are important rare species that include roan antelope, Rothschild’s giraffe and nearly 30 rhinos, both black rhinos and white rhinos.
We have safari packages that allow you to appreciate these beautiful creatures and also get closest to the rhinos. 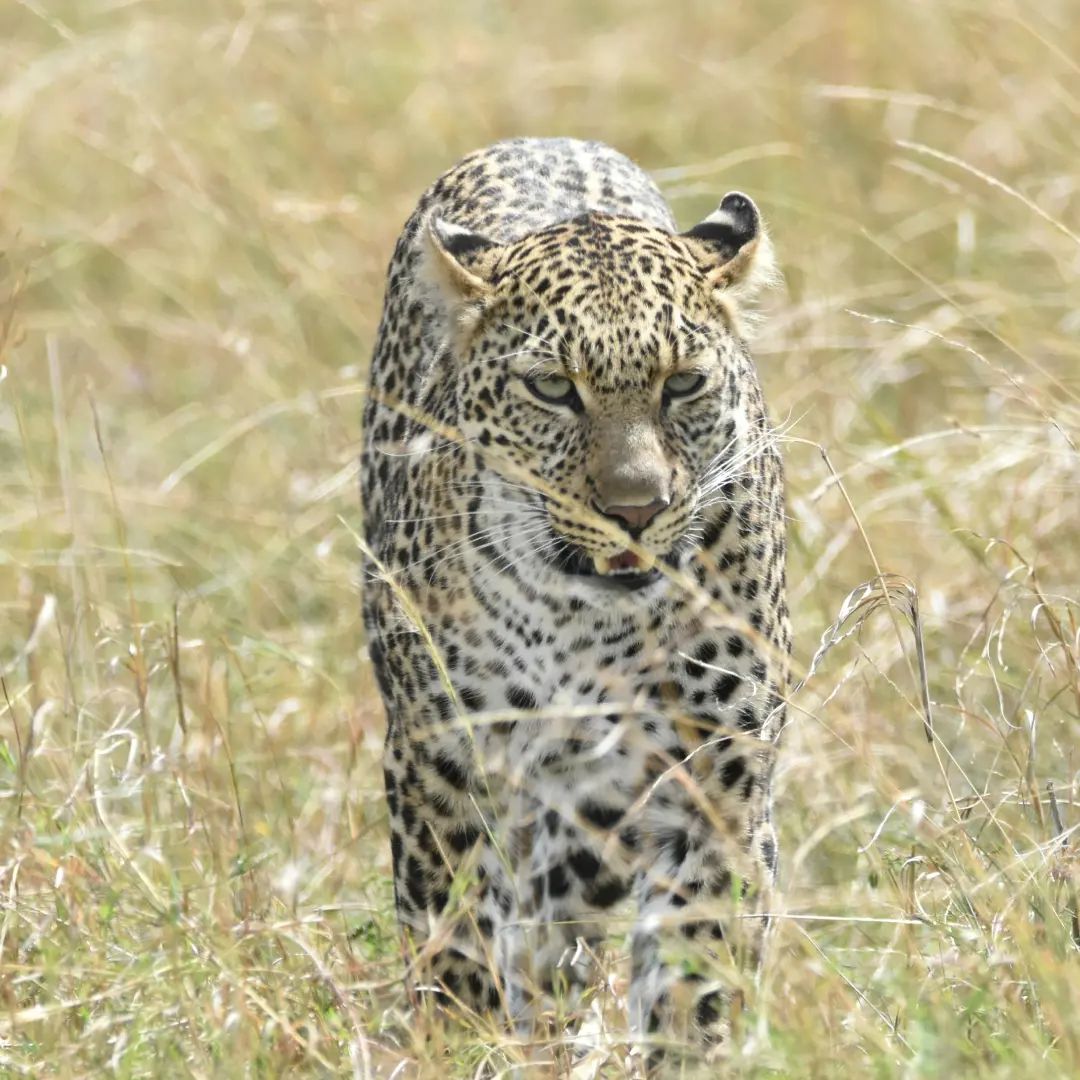 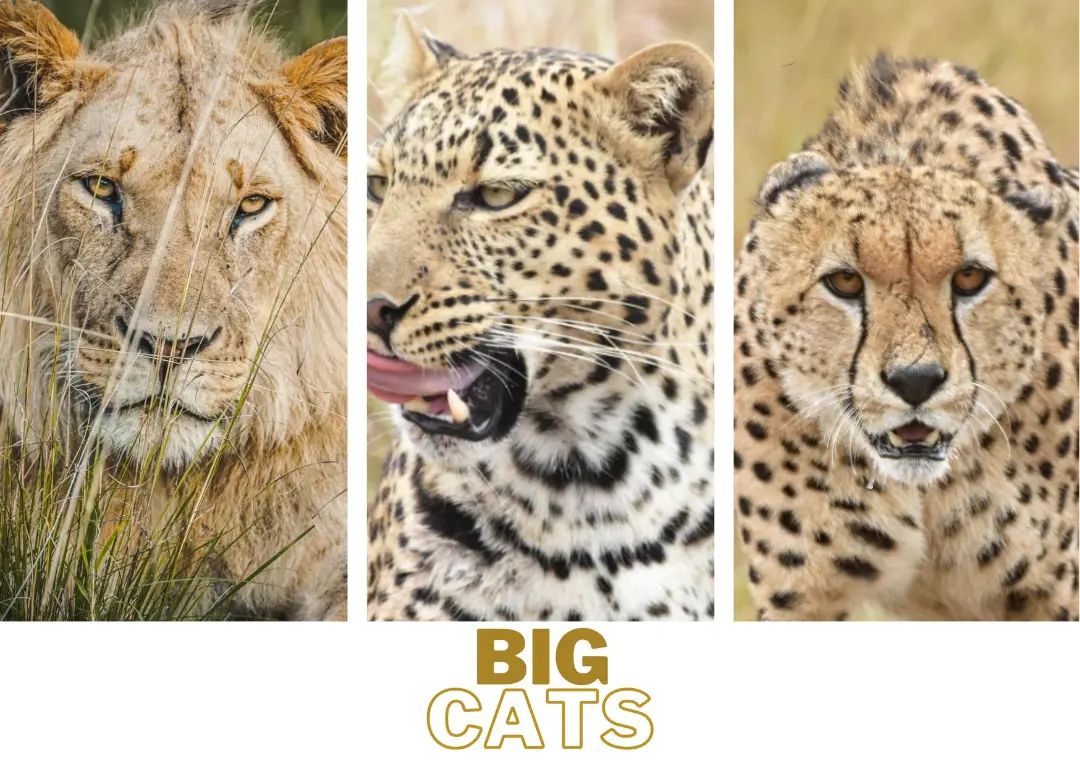 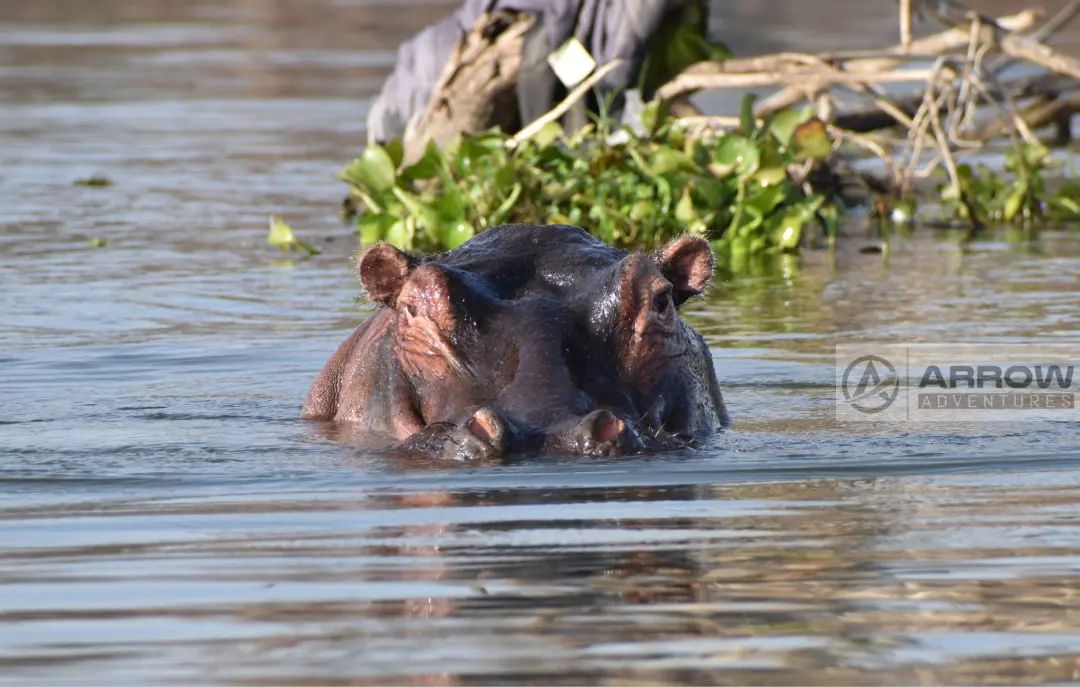